The powerful documentary film tells the largely forgotten, historically accurate story of the genocide of the Greeks – and other indigenous people of the region – at the hands of the Ottoman and Nationalist Turks over a ten-year period in the early 20th century. This harrowing true story is told via the voices of brave survivors and renowned historians and visualized by archival film, documentary photos, and artist renderings.

Nearly one-million Greeks were killed, many literally marched to their deaths, while millions more were uprooted from their ancestral homes in Asia Minor, Pontos, and Eastern Thrace (in present-day Turkey) as part of the Turkish campaign of ethnic cleansing of its non-Turkish Christian populations. This horrific genocide also included the systematic eradication of massive Armenian and Assyrian populations. This is a true story, told mainly from the Greek perspective. It has been carefully infused with the political dynamics – at every phase before, during, and after WWI – of the turbulent years from 1913 to 1923.

Bill Kurtis, the legendary voice of many award-winning documentaries and a heralded anchorman, narrates this powerful documentary, which deeply touched his heart. “This production is one of the most important projects that I’ve ever been associated with and it provides a sobering lesson as to why we should never forget the suffering that is caused by genocide.” -Bill Kurtis

This documentary was produced and directed – for nearly a decade – by Chicago-based director Peter Lambrinatos. His father, Spiro, served as a producer. Longtime Hellenic activist George Mavropoulos, who is featured in the film, also served as a producer through his Asia Minor and Pontos Research Center, which he also leads.

The tragic events of this first genocide of the 20th century have largely been forgotten. Had the world responded forcefully to this tragedy, many genocides – and the Holocaust – would likely have been avoided. Hitler unfortunately took note of the world’s silence. The voices of those martyred will no longer be silenced. The mantra “never again” must be repeated.

Audiences have been moved after screening this masterful film. It’s an experience that will never be forgotten, especially when viewed on the big screen, as it’s being shown at the Canton Palace Theatre on September 23, 2022. Q&A to follow with the filmmakers.

One night only on the big screen. Do not miss this life-changing event. Proceeds from the screening go to the AMPRC. The truth must be told. 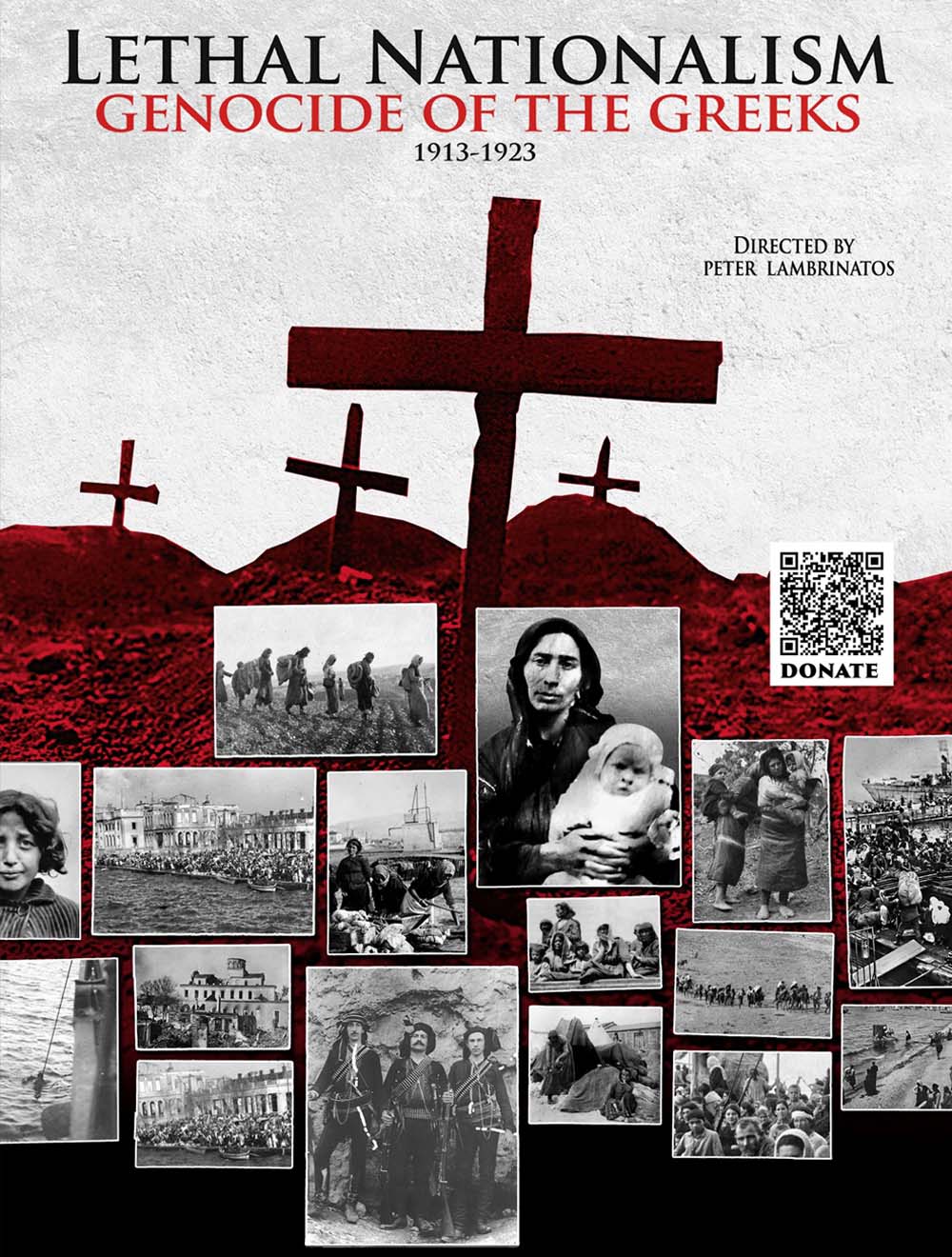