Got A Date With An Angel: Musical Memories of Meyers Lake Park

From the 1920s to the 1970s, summers in Canton, Ohio meant one thing, Meyers Lake Park. Relive memories of your favorite rides though a prologue of historic film footage accompanied by Jay Spencer at the Kilgen Wonder Organ.

Then step back in time to the heyday of the famous Moonlight Ballroom with Joseph Rubin and His Orchestra. Hear musical memories from The Great American Songbook: “In The Mood,” “Moonlight Serenade” “Too Marvelous for Words,” and more with music by George Gershwin, Irving Berlin, Cole Porter, and Jerome Kern.

For the first time in 80 years, this concert will feature the original arrangements of Hal Kemp and his Orchestra. One of the most popular bands of the 1930s and a Canton favorite, Kemp performed at the Moonlight Ballroom four times from 1934 to 1939. Kemp’s records sold in the millions (including “Got A Date With An Angel” with vocalist Skinnay Ennis) and his live appearances drew capacity crowds. 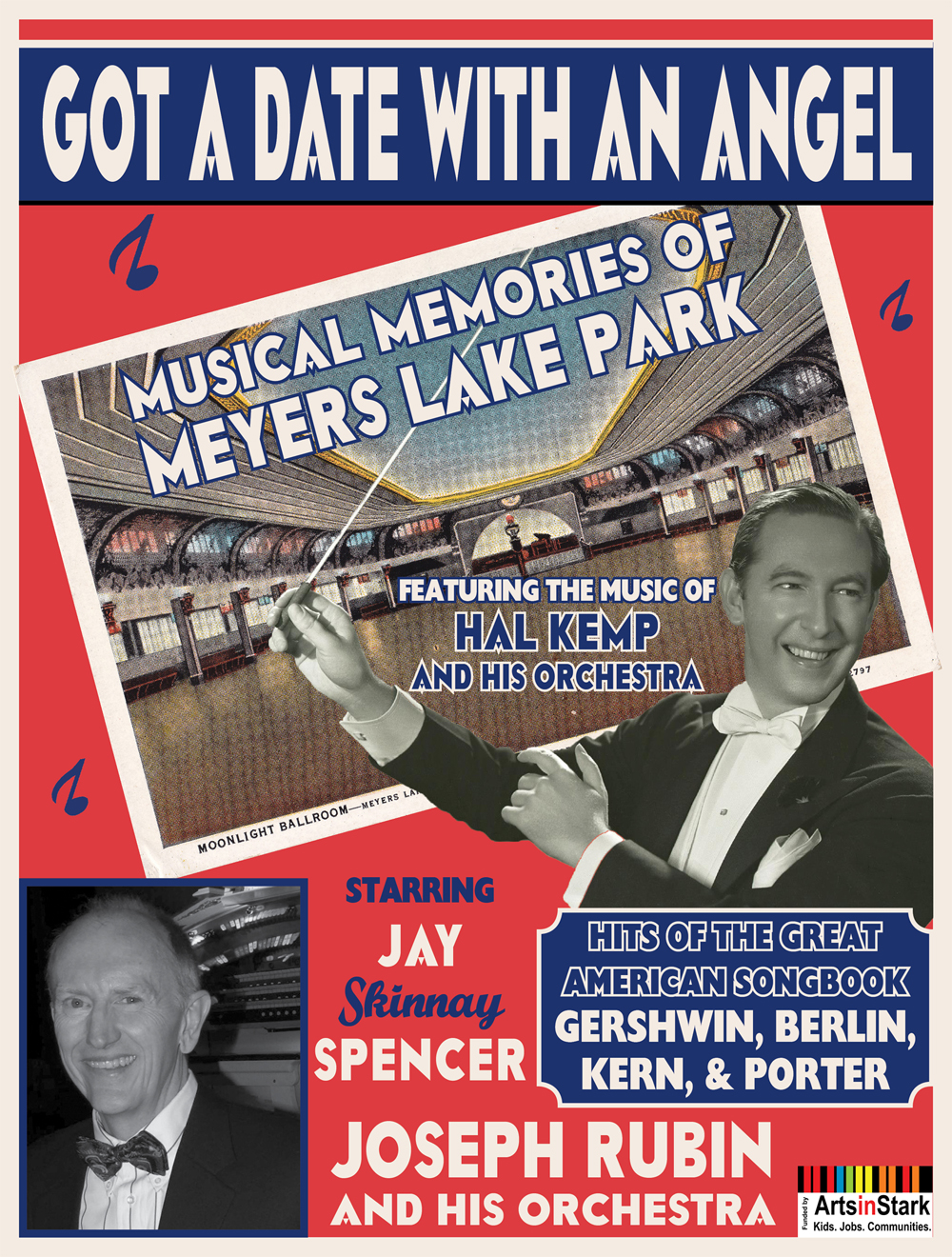