RESCHEDULED: Fabulous Forties: Joseph Rubin and His Orchestra
PLEASE NOTE: As of December 9, 2020 this event has been rescheduled for Saturday, June 25, 2022.

Flashback to the Fabulous Forties with Joseph Rubin and His Orchestra and vocalist Jay Spencer! Hear your favorite 1940s hits “Chattanooga Choo Choo,” “Don’t Sit Under the Apple Tree,” and “I’ve Got a Lovely Bunch of Coconuts,” along with a Cavalcade of Bands tribute to 26 of the greatest big bands including Glenn Miller, Benny Goodman, Harry James, Duke Ellington, and Artie Shaw. 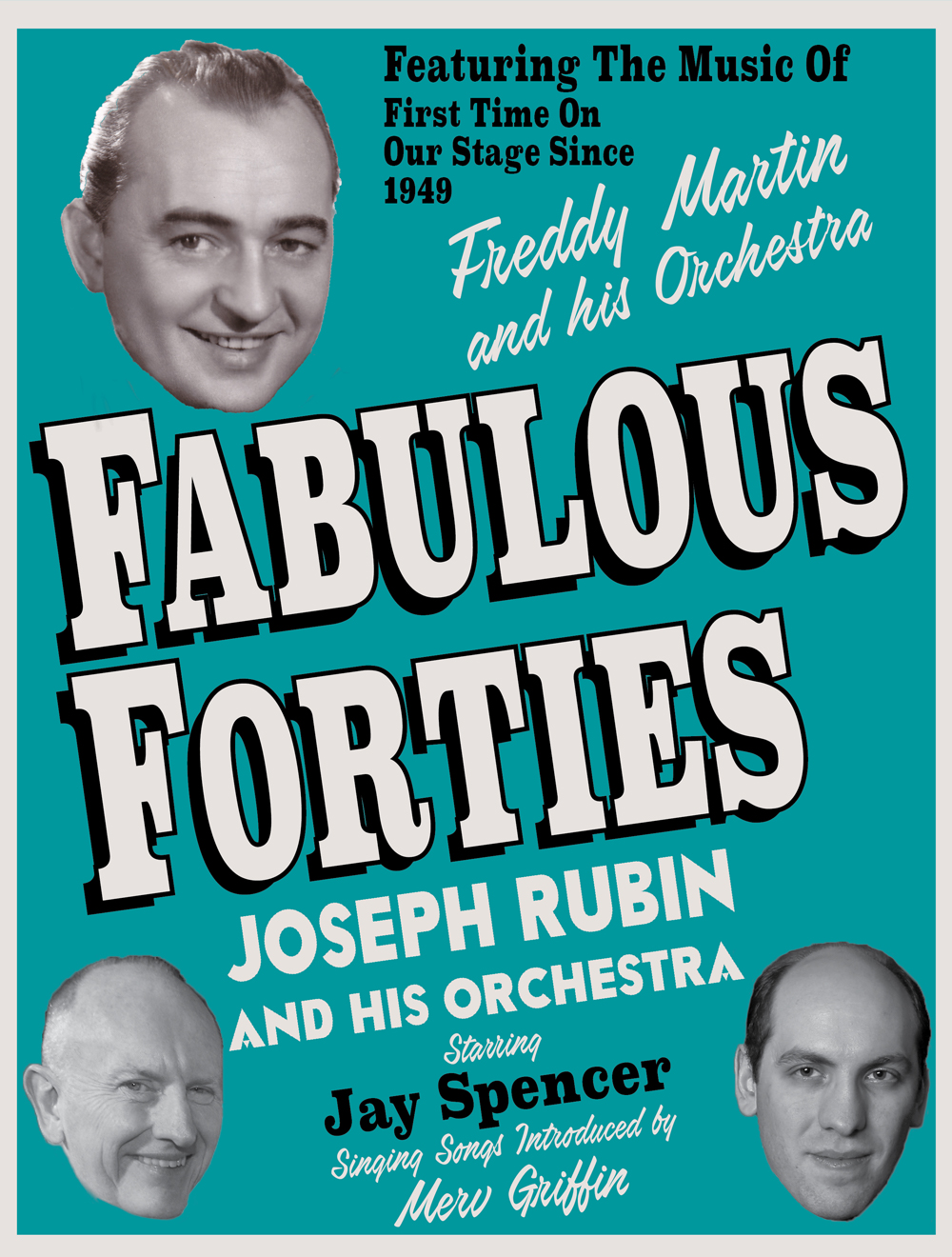