Synopsis:
Cliffs of Freedom is the story of an ill-fated romance between young Greek village girl Anna Christina and a conflicted Turkish officer named Tariq during the dawn of the Greek War for Independence against the Ottoman Empire in 1821. When their budding romance brings tragedy to her village, she swears revenge against the Turks and joins the Greek rebellion, inadvertently becoming a local symbol of the Greek resistance movement but the pair cannot deny their feelings for each other. Their encounters and skirmishes inevitably lead to a tragic confrontation during a pivotal battle between the Greeks and Turks that will change the course of history.

Movie starts 2:00pm sharp. Please give yourself enough time to park, check-in and find a seat.

DOORS OPEN: 1:30 PM
ADMISSION: $12 at the door.
RATED: The Motion Picture Association of America rated the film R for “Bloody violence”. R is for “RESTRICTED”, under 17 requires accompanying parent or adult guardian. 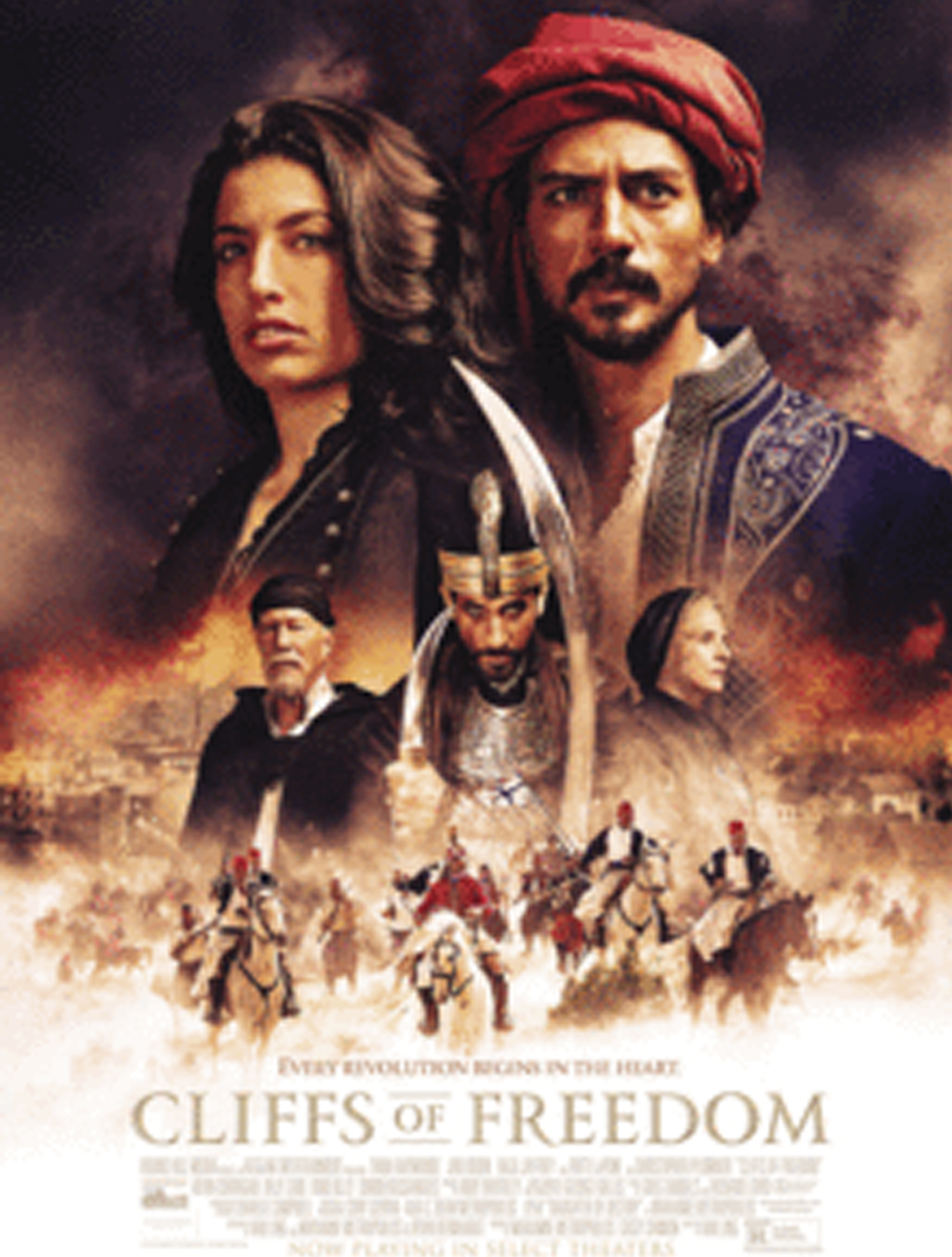