A new “docu-drama” from indie film production company, Small Town Monsters, seeks to tell the true, and truly strange story of the Missouri Monster. The hair-covered, three-toed monstrosity was said to have prowled the forests of “Star Hill” near Louisiana, Missouri during the summer of 1972 where it was seen by terrified citizens for weeks. The case gained national media attention during the 70’s and remains one of the largest tourist draws for the tiny town, which sits on the banks of the Mississippi River.

The latest release from Small Town Monsters and director, Seth Breedlove, is told in narrative and documentary form. The narrative sections appear under the guise of a lost b-movie from the 70s. The horror film depicts the widely believed details of the MOMO story (said to have been inspired by Breedlove’s love of grindhouse movies and old “creature features”) and is eventually contradicted and corrected by the actual people who lived through the events. The film stars Adam Duggan and Sara Heddleston, as well as Animal Planet’s Cliff Barackman and James “Bobo” Fay with special appearances by Janet Jay and Elizabeth Saint (Ghosts of Shepherdstown). 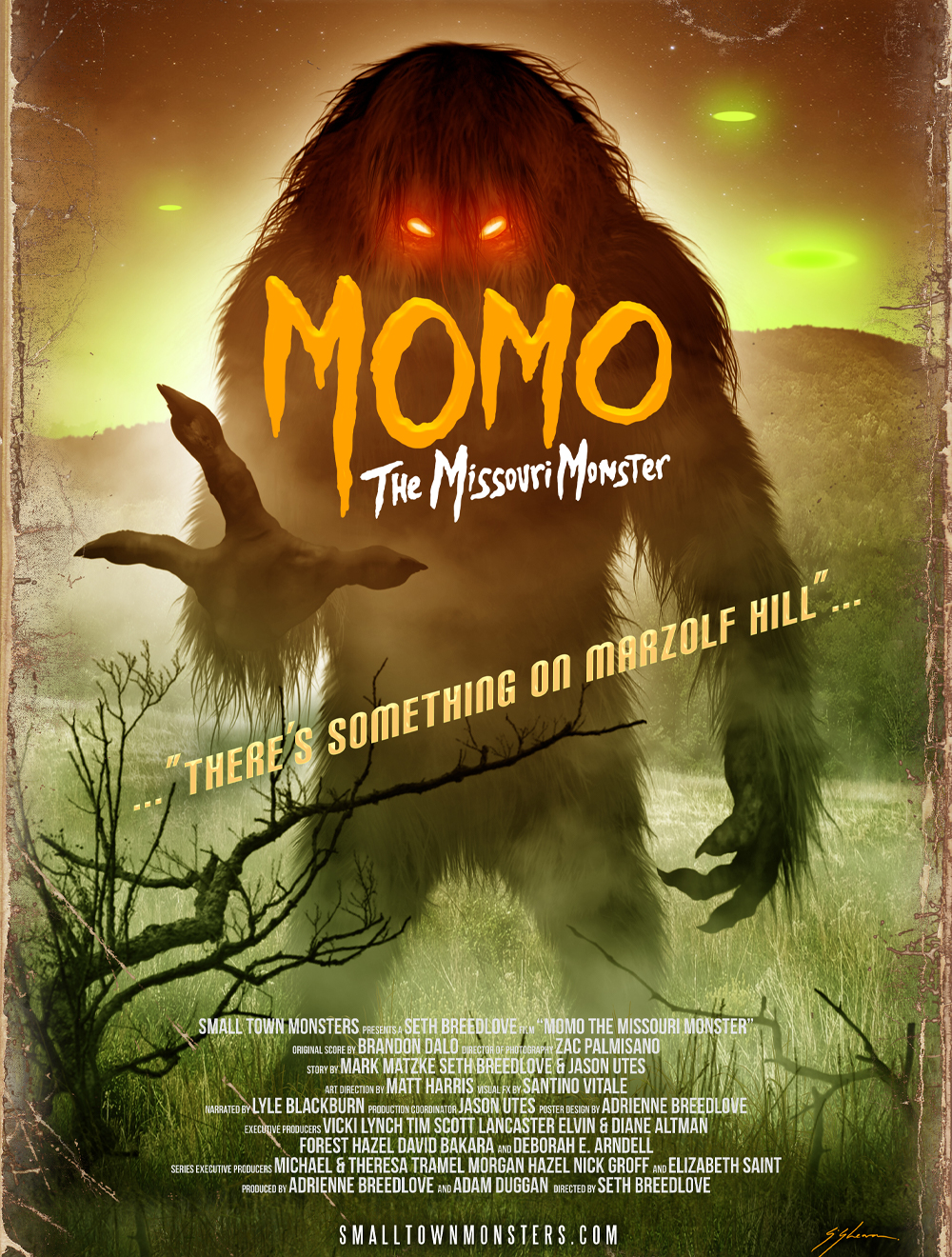