The Open Frame Film Festival will be held at the Canton Palace Theatre in downtown Canton Ohio.

April 20, 2022.    The Open Frame Film Festival will begin at 7 pm on Thursday evening, April 28.   The Open Frame Film Fest is an annual tradition that celebrates the short  films created by Malone University students.  Films include narrative shorts, documentary shorts, music videos and experimental films.   After 90 minutes of short films, the Open Frame will include a short Q & A with filmmakers.  Several juried awards will be presented.  In addition to these awards, the audience will vote on the winner of the Audience Award.  A $1 Donation at the door is the entrance fee, although larger donations are welcome.  Students can use a student ID for free admission.

This year marks the 20th Open Frame Film Festival which has screened hundreds of student films over the last two decades.  While many of our students go on to write, direct, produce and edit films and videos professionally,  Malone University teaches filmmaking as a way of understanding personal calling and as an opportunity to refine gifts which can be used in many professions. 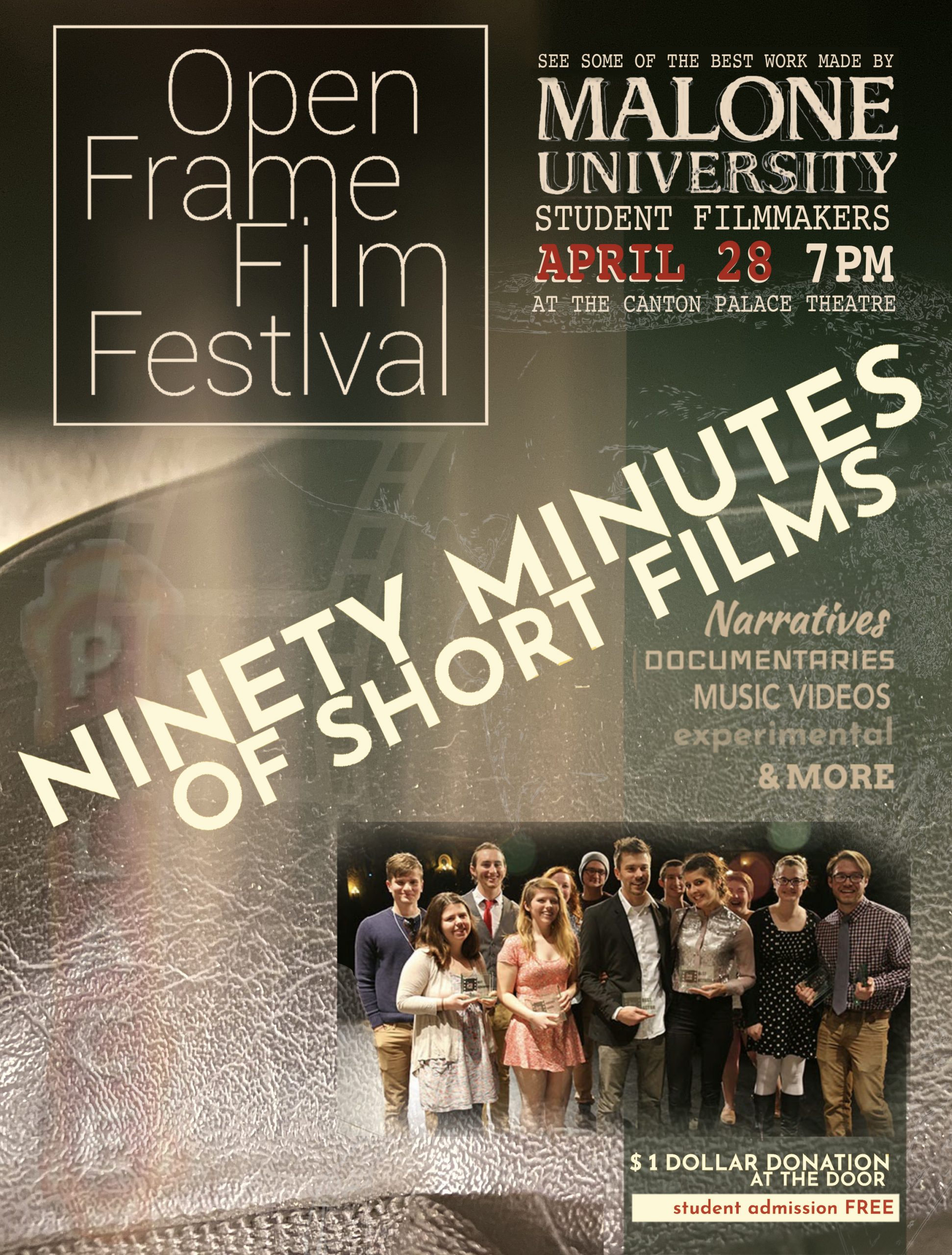