Local, Live concert series featuring The Vindys, Saturday, February 27, 2021.  Enjoy the concert live in the theatre, or from the comfort of your own home with live stream access.

THE VINDYS have become one of the most sought after, premier bands in the Northeast Ohio area with their unique blend of pop, jazz, and rock. They have been described as “a vibrant slice of vintage pop theatre.” (Music Connection Magazine) and “slinky, sultry, and jazzy” (Guy D’Astolfo, The Vindicator). Through the incorporation of multiple genres into one cohesive sound, The Vindys have the ability to appeal to a wide audience. Their versatility and incomparable style is one of the many reasons why The Vindys are a rarity amongst other groups. Their professional sound, as well as alluring stage presence and magnetic charisma, is supported by the band’s background and expertise in music performance, education, and production.

Because they are a Youngstown-based band, The Vindys are passionate about representing Youngstown as a place where the music scene is thriving. Their name pays homage to their roots by drawing influence from Youngstown’s daily newspaper, The Vindicator. Brad Savage, program director of The Summit 91.3 FM, explains, “To me, they really personify Youngstown and northeast Ohio. They’ve got depth and substance and are instantly likable. Their songs get stuck in your head after one listen.” In 2019, the band performed at various festivals including LaureLive (Cleveland, OH), Winnetka Music Festival (Winnetka, IL) and Summerfest where the band won the first day of the Emerging Artist Series selected by voters on Twitter.

In 2019 the Vindys were prominently featured as part of the Pittsburgh Pirates and AT&T SportsNet “Friday Night Rocks” campaign that showcases independent bands during Pirates broadcasts. The experience has exposed the band to countless fans and have seen their Tri-State area fanbase grow tremendously. They saw a huge spike of more than 40,000 views over the course of one week when the video for “Are You Ready,” which was shot at Jergel’s Rhythm Grille in Warrendale, was shown on “Friday Night Rocks.”

Additionally, The Vindys have shared the stage with nationally recognized solo acts and groups such as Hunter Hayes, Marty Stuart, The Drive-By Truckers, Donnie Iris and the Cruisers, Michael Stanely and the Resonators, Reeve Carney, The Clarks, Red Wanting Blue, Welshly Arms, and Judah & the Lion. 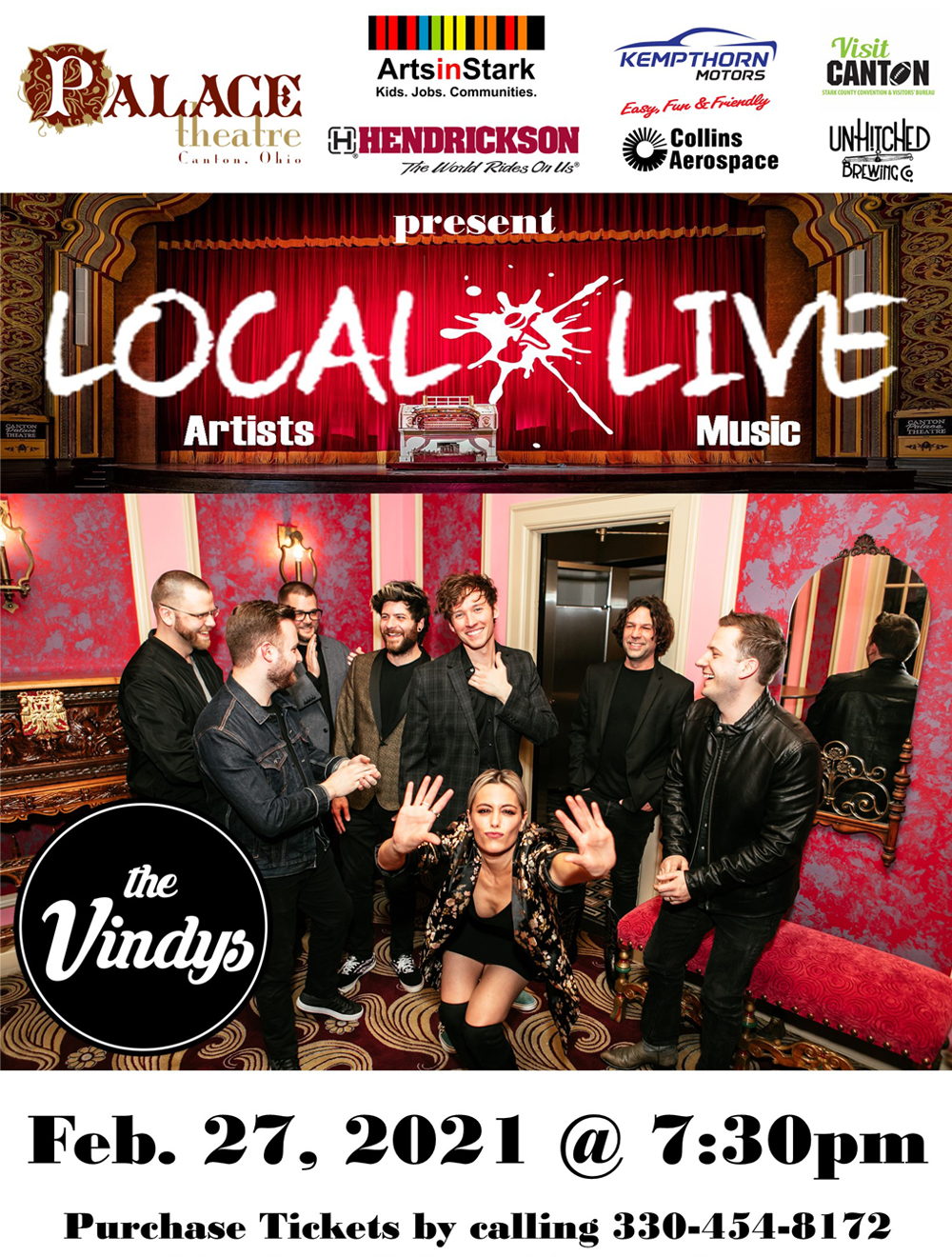