Local, Live concert series featuring Hey Monea, celebrating the Canton Palace Theatre’s 94th anniversary Saturday, November 21, 2020.  Enjoy the concert live in the theatre, or from the comfort of your own home with live stream access.

Hey Monea have always been driven by a healthy sense of wanderlust – a deep desire to see the world, try new things, and to challenge the limits of what is possible. This band of tender-hearted rascals, brothers, has been bonded by three albums, years of touring and recording, and a deep love of music and desire to bring people together. They’ve played festivals all over the world including Hard Rock Calling in London (Bruce Springsteen / Lady Antebellum), The Rock Boat (Sister Hazel / Barenaked Ladies), 311 Cruise, and even performed in the Pacific Islands. In addition to traditional touring, the band travels annually to Guatemala with an organization called The Music Is Love Exchange for a week of service work and performances at schools and hospitals.

Hey Monea’s pop-leaning rock music centers around emotionality and their soaring harmonies aim directly at the heart of the human spirit. Dan and Nate were raised Jehovah’s Witnesses and it was their family’s decision to leave that community that set the boys on a path toward
pursuing deeper connection points. Every tour stop is an opportunity to meet people, be of service, an effort to build bonds with their audience. The band refers to their extended community as their “ghetto family”, and the family reunion takes place at every show. “We love what we do, and we love being on the road. Connecting with people from every corner of the world through music brings real joy to us. Everybody has a story, and we want to hear that. And we want to share ours,” says Dan Monea.

“Lipstick” is the band’s latest single, a hotly-anticipated, fan-favorite song that the band has been playing at shows for the last few years. This serves as the follow up to “We’re Gonna Be OK”, featured in the NASCAR Heat 5 video game, a rallying cry for people around the world seeking connection and reassurance in these bizarre and uncertain times. Both songs follow 2019’s successful “Drinkin’ Claws”, a tribute to the very popular summer seltzer. All of these jams were recorded and produced at Hey Monea’s home Little C Studios in Canal Fulton, OH. Dan and Nate have contributed production and mixing service to artists including Meaghan Farrell, David Higgins, Golden Dimes, and TONY-nominee Constantine Maroulis.

Preorder concessions to be delivered to your seats prior to showtime. Per statewide orders put in place regarding congregate areas, all concessions for this event must be preordered. 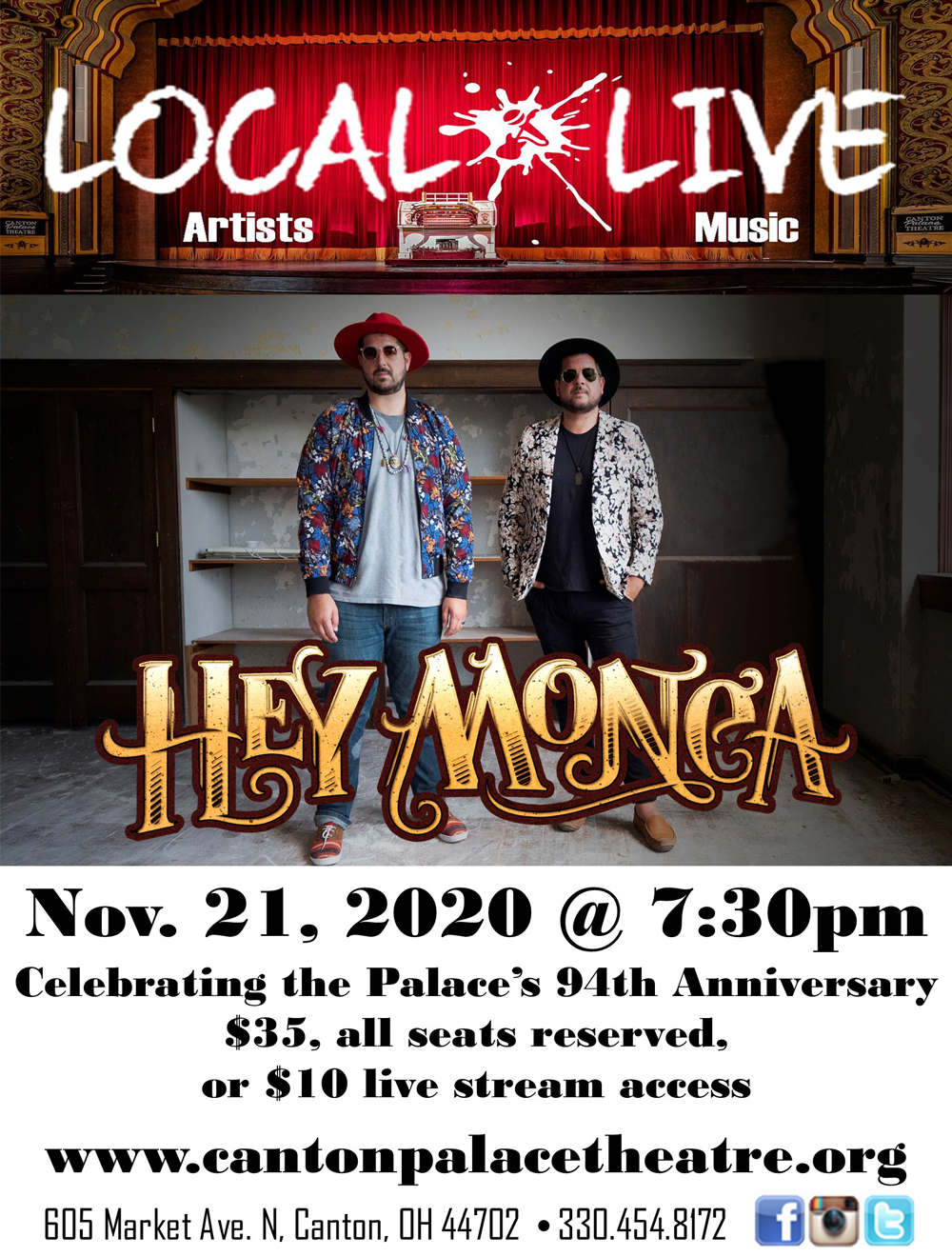