Joe Satriani – Earth Tour 2022-2023
Joe Satriani had an admirably productive workingman’s holiday, forced time away from the road that ultimately produced his19th studio album, The Elephants of Mars, as the final result.

Satriani and his touring band, all recording remotely in separate areas of the world during lockdown, answered that challenge in spades. The Elephants of Mars crackles with an exciting new energy, briskly traveling through stylistic roads that feel freshly updated, viewed through new eyes.

From the gripping, sci-fi madness of “Through A Mother’s Day Darkly,” to the isolation felt in a decaying urban landscape, as depicted in “Sahara,” to the general endorphin levels that peak as the elephants finally roar in the title track, The Elephants of Mars offers up an album length journey that never dulls.

It’s one that, thanks to the pandemic and no constraints, truly represents the album that Satriani himself hoped he could deliver with his band. “We did everything. We tried the craziest ideas. And we entertained every notion we had about turning something backwards, upside down, seeing what could happen.”

For Q&A: COVID safety guidelines will be enforced. All attendees to and during this event must wear a face mask.

DOORS OPEN: 6:30 PM
TICKETS: $75.00, $57.50, $42.50 plus service fees. All seats reserved. On sale to the public April 1, 2022 at 10am.  Tickets, including VIP packages, also available through Ticketmaster.
The Canton Palace Theatre Box Office, using the eTix ticketing platform, and Ticketmaster are the only authorized ticket sellers for this event. 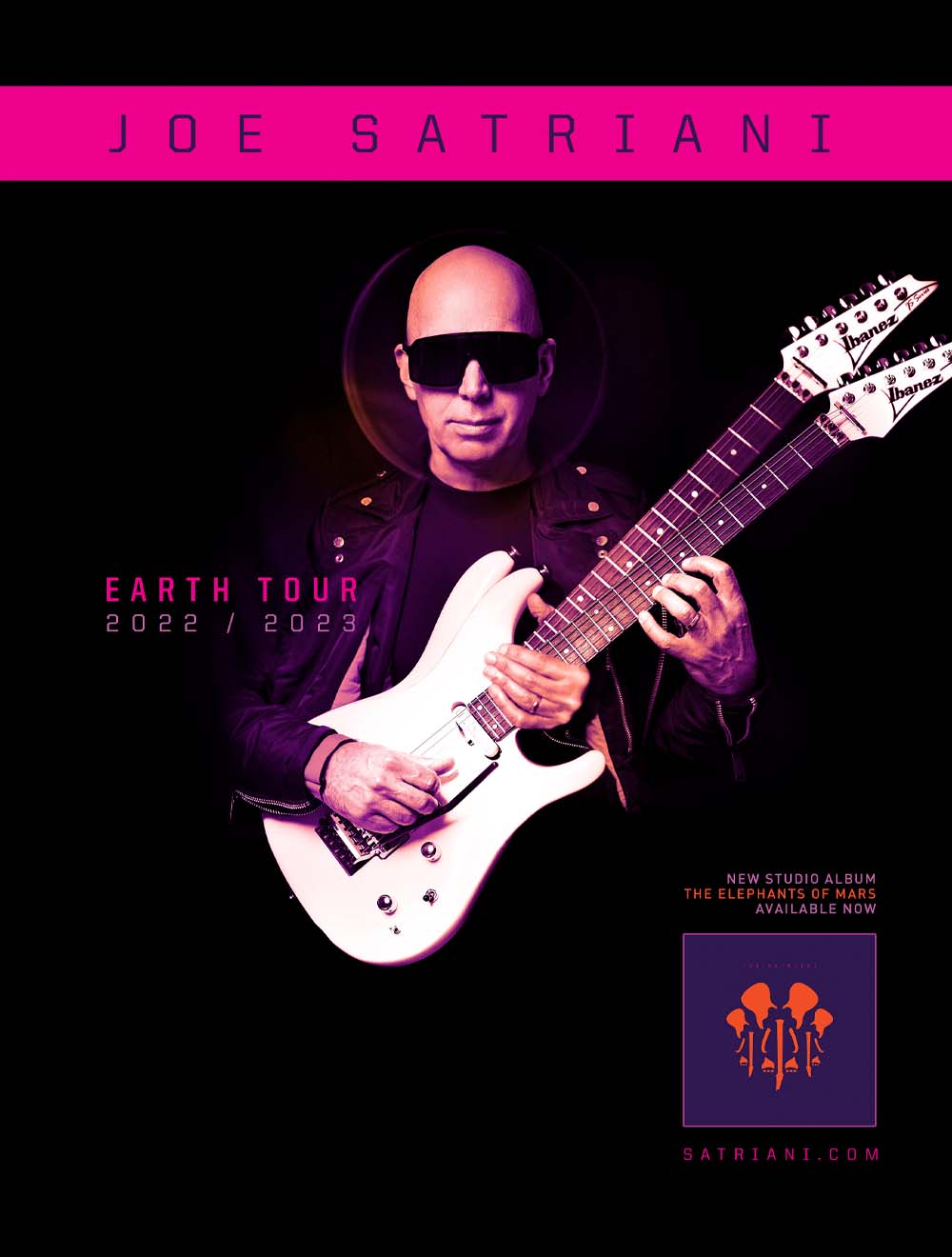