Our friends at the Massillon Museum are presenting an online film screening as part of the NEA Big Read event for 2020!  More info on The Big Read can be found here: http://www.massillonmuseum.org/the-big-read

NEA Big Read is a program of the National Endowment for the Arts in partnership with Arts Midwest. The Massillon Museum’s annual Big Read, presented in conjunction with the Massillon Public Library, is partially funded by the Massillon/North Canton Elks #2029 and The Rotary Club of Massillon.

The crew from Small Town Monsters debuts their latest film, On the Trail of Bigfoot: The Journey, followed by a post-movie Q&A.

On the Trail of Bigfoot: The Journey follows cryptid documentarian Seth Breedlove and his crew as they head to the Adirondacks of upstate New York for an intensive, adventure-filled week searching for Sasquatch. The team joins bigfoot researchers like Steve Kulls (“Monsterquest”) and Paul Bartholomew (Finding Bigfoot, Beast of Whitehall) who lead them on the search for their quarry.

The Journey takes a deep look into the subject of Bigfoot but also what spurs people to spend their lives searching for a creature that many believe doesn’t exist. Along the way, the crew makes a stop in Whitehall, NY, home to an incident involving multiple members of law enforcement claiming to see a bigfoot in a field off a rural road.

The crew has multiple unusual experiences during their various night investigations near Lake George, Whitehall and Western Massachusetts. The Journey unveils some of that evidence.

Preorder concessions to pick up prior to showtime.

As of March 17, 2020 this event has been cancelled.  Refunds will be processed automatically to the credit card used for purchase.

Movies, guest speakers and vendors!
Bigfoot, legendary monsters and UFOs are the subject of this special, one-day event being put on by Small Town Monsters at the Canton Palace Theatre. Take part in a special five year anniversary screening of the documentary about Ohio’s own, Minerva Monster, along with special guest speakers and films by Small Town Monsters, culminating with the world premiere of On the Trail of… UFOs.

Meet the Small Town Monsters crew and take part in a Q&A about the creation of their various film projects. Special presentations by Bigfoot investigator, Lyle Blackburn and paranormal radio host, Shannon LeGro.

Small Town Monsters films, Minerva Monster and The Flatwoods Monster: A Legacy of Fear will be soon along with the world premiere of the epic, 8 episode miniseries, On the Trail of UFOs. You’ll also have the opportunity to meet and speak with paranormal investigators and purchase paranormal and Bigfoot-themed merch in the vendors area.

The Open Frame Film Festival will be held at the Canton Palace Theatre in downtown Canton Ohio.

April 20, 2022.    The Open Frame Film Festival will begin at 7 pm on Thursday evening, April 28.   The Open Frame Film Fest is an annual tradition that celebrates the short  films created by Malone University students.  Films include narrative shorts, documentary shorts, music videos and experimental films.   After 90 minutes of short films, the Open Frame will include a short Q & A with filmmakers.  Several juried awards will be presented.  In addition to these awards, the audience will vote on the winner of the Audience Award.  A $1 Donation at the door is the entrance fee, although larger donations are welcome.  Students can use a student ID for free admission.

This year marks the 20th Open Frame Film Festival which has screened hundreds of student films over the last two decades.  While many of our students go on to write, direct, produce and edit films and videos professionally,  Malone University teaches filmmaking as a way of understanding personal calling and as an opportunity to refine gifts which can be used in many professions.

The Open Frame Film Festival is presented by the Department of Communication Arts at Malone University in Canton, Ohio. Founded in 2002, The Open Frame is an annual one-night festival that features student films. The Open Frame is NOT just a festival – it’s also a student-co-curricular group that offers students support and development as they make their films.

Preorder concessions to pick up prior to showtime.

As of March 16, 2020 this event has been cancelled.  There is no reschedule date at this time.

The Canton Palace Theatre, Stark Library and United Way of Greater Stark County present a special screening of the documentary The Library That Dolly Built.

During the last 25 years, Dolly Parton has quietly built one of the largest literacy-focused non-profits in the world. Started as a gift for the children of her hometown of Sevierville, Tennessee, Dolly Parton’s Imagination Library in now active in all 50 states and five countries and delivers more than 1.5 million free, age-appropriate books to children every month.

The Library That Dolly Built goes behind-the-scenes of this unprecedented program to show how one of the most famous performers in the world has developed an efficient and effective program, beloved almost universally by its recipients.

Weaved throughout the story of the Imagination Library is a biographical sketch of Dolly Parton, featuring rare photos and films from her childhood. Unlike most biographies of Dolly, it doesn’t focus on her music.  Instead it demonstrates that at every point in her career, any time she has had success, Dolly Parton has come back to Sevierville to give back to her people.

THE S WORD is a powerful feature documentary that puts a human face on a topic that has long been stigmatized and buried with the lives it has claimed. The film gives a platform to those with lived experience – people who have attempted to take their own lives and survived to tell their stories.

Join the Suicide Prevention Coalition at the Canton Palace Theatre on Sunday, March 8 at 1:00pm for a FREE showing of the film.

A suicide attempt survivor is on a mission to find fellow survivors and document their stories of courage, insight and humor. Along the way, she discovers a rising national movement transforming personal struggles into action.

Cantonfilm.com, in association with the Canton Palace Theatre, will host the 2021 Canton Film Festival in downtown Canton on April 24.   All events free and open to the public – Streaming option also available.  Reservations required by calling 330-454-8172 Monday – Friday 11am to 3pm.  Preorder concessions to pick up prior to showtime. 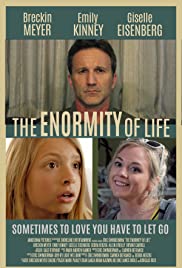 7:00 pm             Public Premiere:  The Enormity of Life
Movie Synopsis: After a failed suicide attempt, a man receives a substantial inheritance from a long lost relative and meets a struggling single mom with an eccentric young daughter. Together they embark on a journey of self-discovery and healing.

About Eric Swinderman
Eric Swinderman is an Emmy nominated writer, director, and producer from Cleveland, OH. His films include the 2013 anthology film Made in Cleveland, starring Busy Philipps (Cougar Town, Freaks and Geeks) and Gillian Jacobs (Community), and The Enormity of Life, starring Breckin Meyer (Clueless, Road Trip), Emily Kinney (The Walking Dead) and Giselle Eisenberg (Life in Pieces, American Housewife) to be released April 6 on Apple TV.

Swinderman has also worked as an award-winning producer at NBC and ABC. He currently lives in Ohio with his wife Hortencia and their two daughters.

About Cleveland Film Commission
The Greater Cleveland Film Commission is a 501 private non-profit organization, also known as the Greater Cleveland Media Development Corporation. Its mission is to bring jobs and economic impact to Northeast Ohio through the growth of a sustainable media production industry. It accomplishes this goal through a rigorous program of attraction, advocacy, and workforce development. For more information visit: https://www.clevelandfilm.com/

About CantonFilm.com
Canton Film strives to recognize and support the often-overlooked creative community of Northeast Ohio by providing educational resources, networking, and opportunities to showcase the work of independent artists and filmmakers. For more information visit: https://www.cantonfilm.com/

Sponsored in part by a grant from the Ohio Arts Council

As of March 19, 2020 the Canton Film Fest for 2020 has been cancelled.  Refunds for the base price of tickets already purchased will be processed at the point of sale.  Thank you.

Cantonfilm.com, in association with the Canton Palace Theatre, will host the 2020 Canton Film Festival in downtown Canton on April 25. 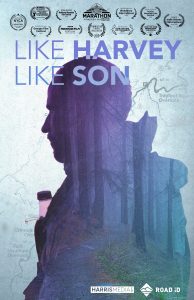