Hitchcock Double Feature: Train Edition
The Canton Palace Theatre presents a train-centric double feature of Alfred Hitchcock’s North by Northwest and Strangers on a Train, as well as a pre-movie concert by Jay Spencer at the Kilgen Organ.

North by Northwest –  A New York City advertising executive goes on the run after being mistaken for a government agent by a group of foreign spies.

Strangers on a Train– A psychopath forces a tennis star to comply with his theory that two strangers can get away with murder.

Also be sure to check out Hitchcock Double Feature: The Birds and Psycho 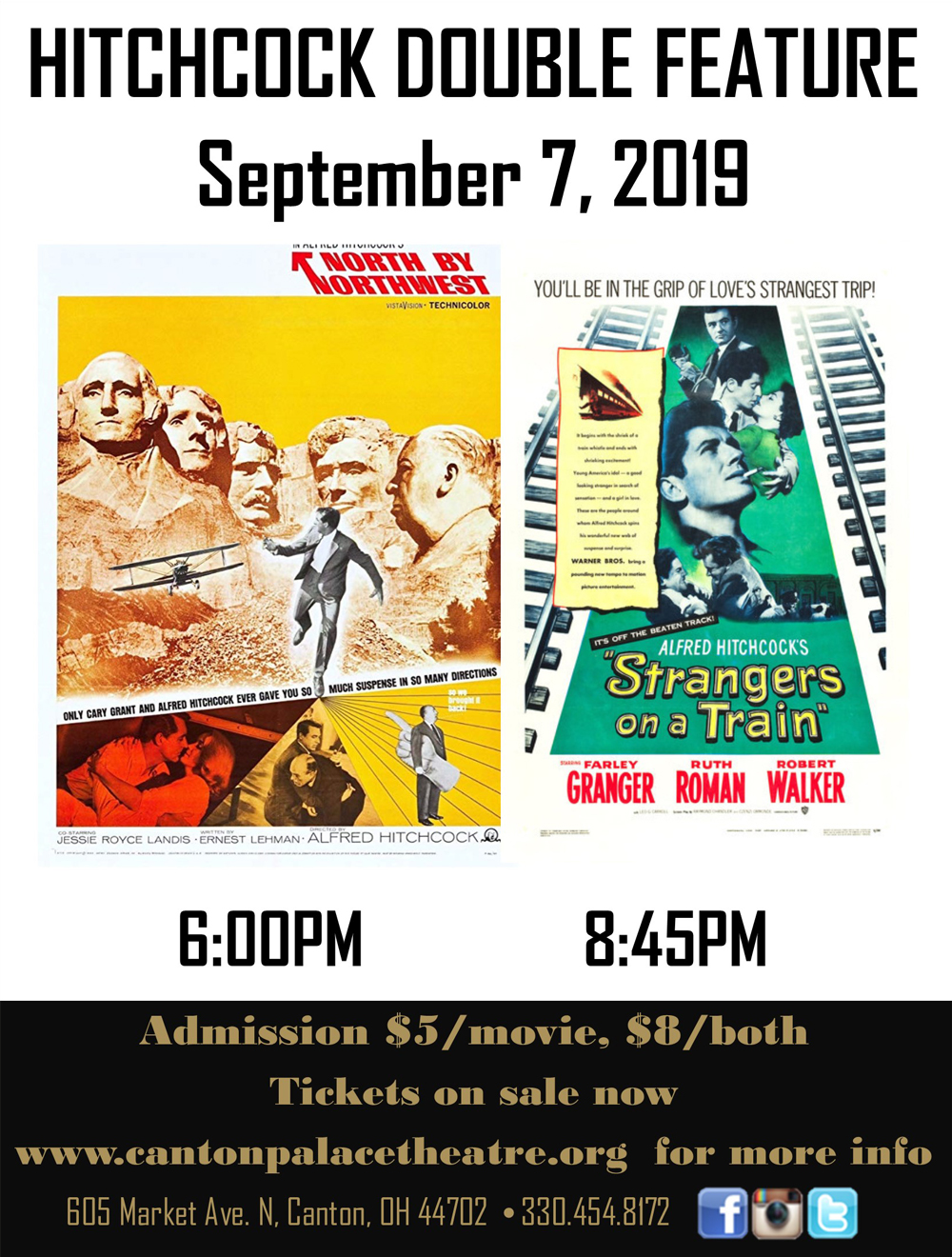