The Canton Palace Theatre, Centennial Plaza, and the Pro Football Hall of Fame present the Summer Movie Series, featuring films outside on the Centennial Plaza screen each Wednesday night throughout the Summer.
2021 Schedule:
June 23 – The Greatest Showman
June 30 – The Wizard of Oz
July 7 – Toy Story
July 14 – Frozen
July 21 – Grease
July 28 – Indiana Jones and the Raiders of the Lost Ark
August 4 – Remember the Titans
Admission is FREE, and seating is first-come, first-served. VIP packages are available for sale through the Canton Palace Theatre Box Office, and include seating and popcorn. VIP tickets on sale to the public beginning Wednesday, May 26 at 11am.

Film Synopsis: Celebrates the birth of show business and tells of a visionary who rose from nothing to create a spectacle that became a worldwide sensation. 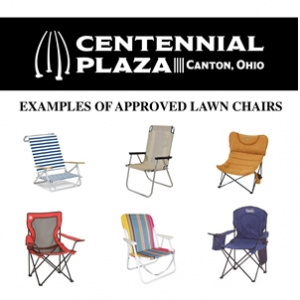 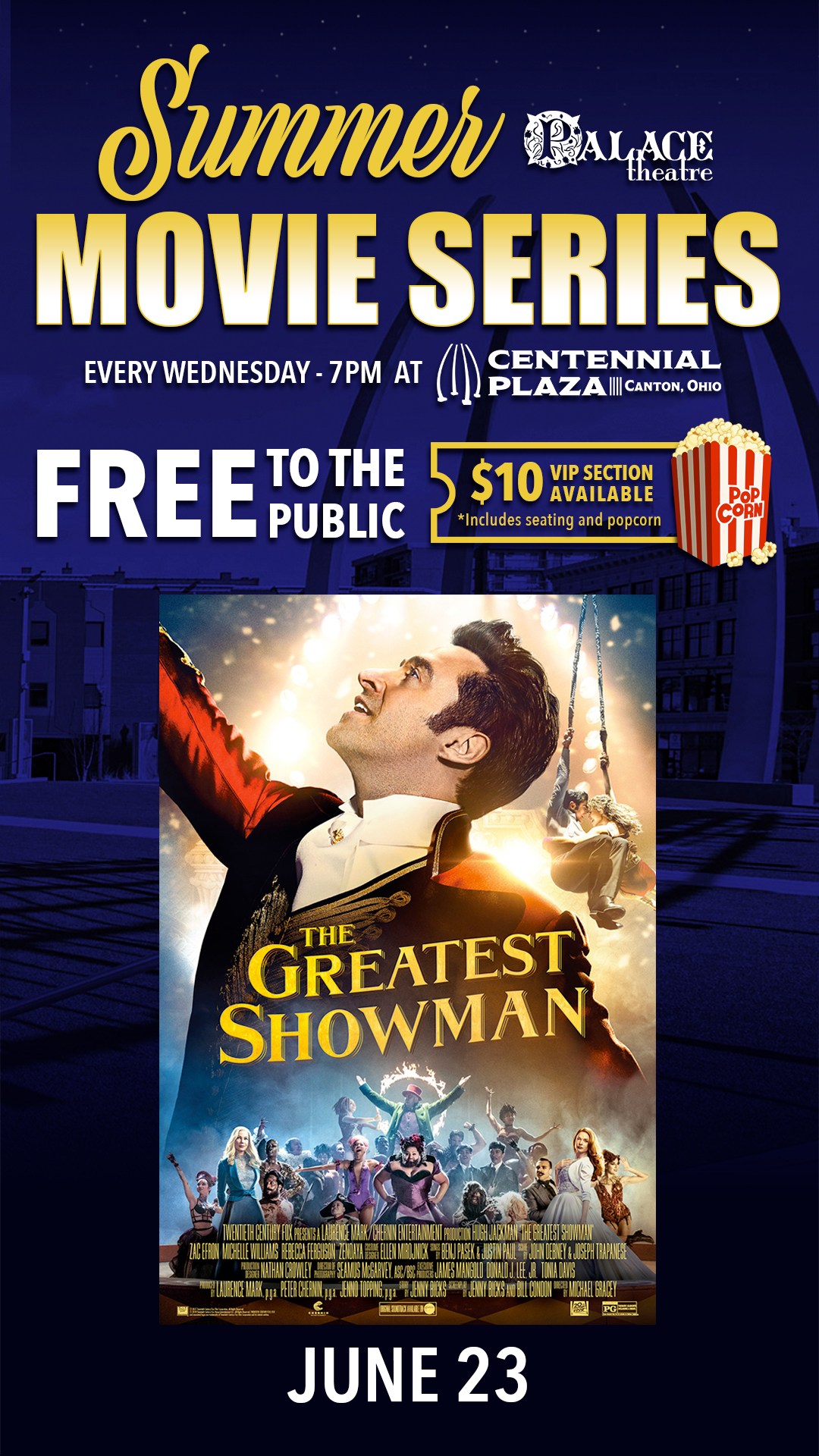